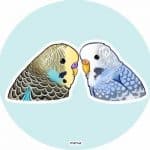 On this page, you get to meet my small flock! It currently consists of 2 adorable budgies, and 1 very sweet cockatiel, but our flock will probably grow bigger in the future! If you would like to get to know us better and see daily pictures of us, consider following us on Instagram and Facebook! 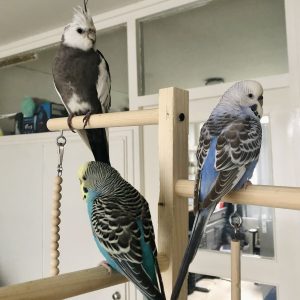 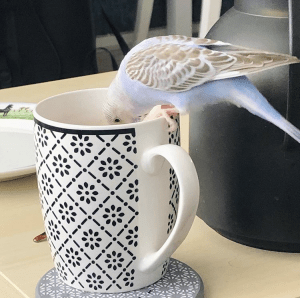 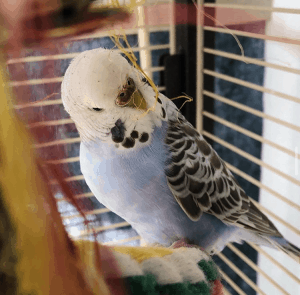 Meet Sky, or as we call her: our queen. You don’t want to mess with this feisty lady. She has a very curious personality as you can see in the picture above. She loves to be the centre of attention and will stop at nothing to get some millet from you. She doesn’t take anything from anybody if she doesn’t agree with them. She always sits on the highest perch to look over her kingdom.

Some of her favourite things to do include cuddling with her humans while watching movies, eating and destroying toys. 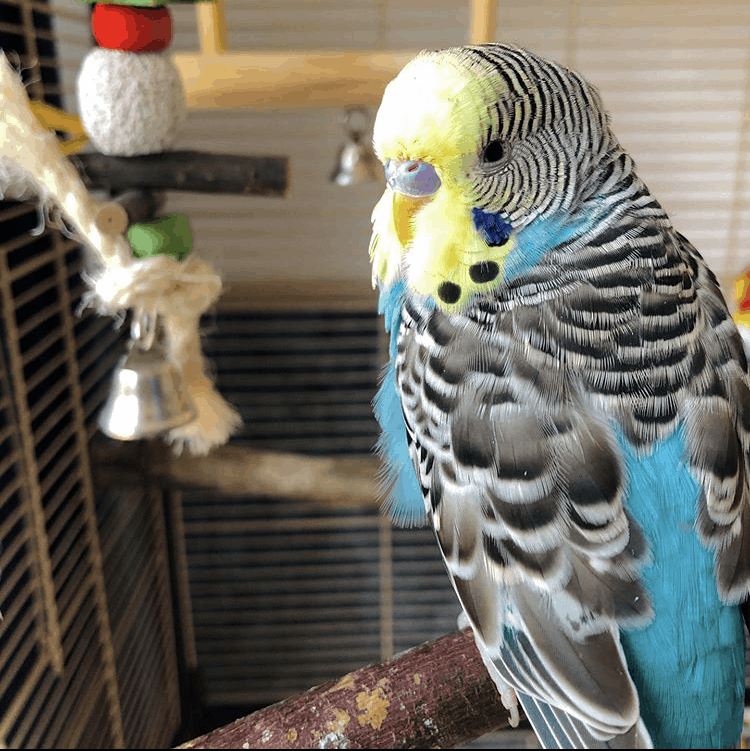 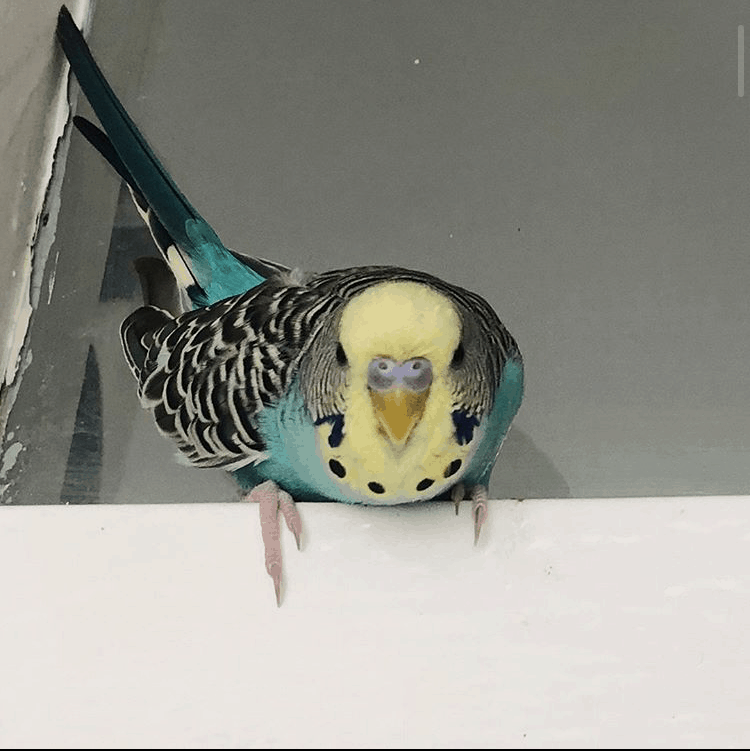 Charlie is our youngest member. He was born mid March, around 2 weeks after Sky. Despite his skittish nature he likes to challenge himself and conquer his fears. Although he might be fearful of you at first, once you gain his trust he will be one of the best friends you’ll ever meet.

Charlie shows his love and excitement by dancing. He dances for Sky, Falky, his humans, his toys, his cage and sometimes for nothing in particular. Some of his favourite things to do include preening Sky, singing and dancing. 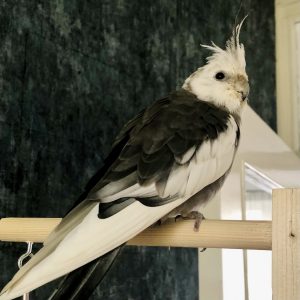 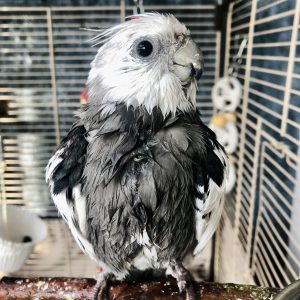 Falky is the newest member of our little flock and came to us on November 23rd, 2020. Sadly, his previous owner had passed so he needed to find a new home. A family member of his previous owner found temporary shelter for him with a local cockatiel breeder. He stayed there for a few weeks before our flock took him in to give him his forever home.

When adopting him, the only known information about him was that he was approximately 2 years old at that point. When getting to know him, I realized that he was most likely cage bound before we adopted him. He was scared of hands, had terrible flight skills and little strength in his wings. He loved interacting with his new humans, as long as it was through the cage bars. Over time he gained the courage to explore the space around his cage. This helped him regain his flight skills and wing strength. He became more and more willing to interact with humans outside his cage, and even touching their hands!

Falky didn’t seem to know how to play with toys at first. He was scared of them and under no circumstance dared to touch them. It took some time (and a lot of sunflower seeds), but eventually, his humans were able to show him how much fun bird toys are!

As time progressed he started to bloom more every day. In just 6 weeks he had completely adjusted to his new family and his new life. He got a job in Queen Sky’s royal guard and warns the humans of possible intruders (or new friends) with his signature car alarm imitation.

Some of his favourite things to do include learning tricks from his humans, whistling tunes (but only his own remixes), taking showers with the spray bottle and following his humans everywhere he can.

Do budgies need a bath?

To answer this question, we need to ask ourselves another question first: Do budgies need to BATHE? The answer to this question is ‘Yes, budgies do need to bathe’. Budgies,

How to tell a budgie’s gender/sex

If you are looking into the idea of getting a budgie, you might prefer a certain gender over the other. Or perhaps you already own a budgie but don’t know